Setting the Wheels in Locomotion 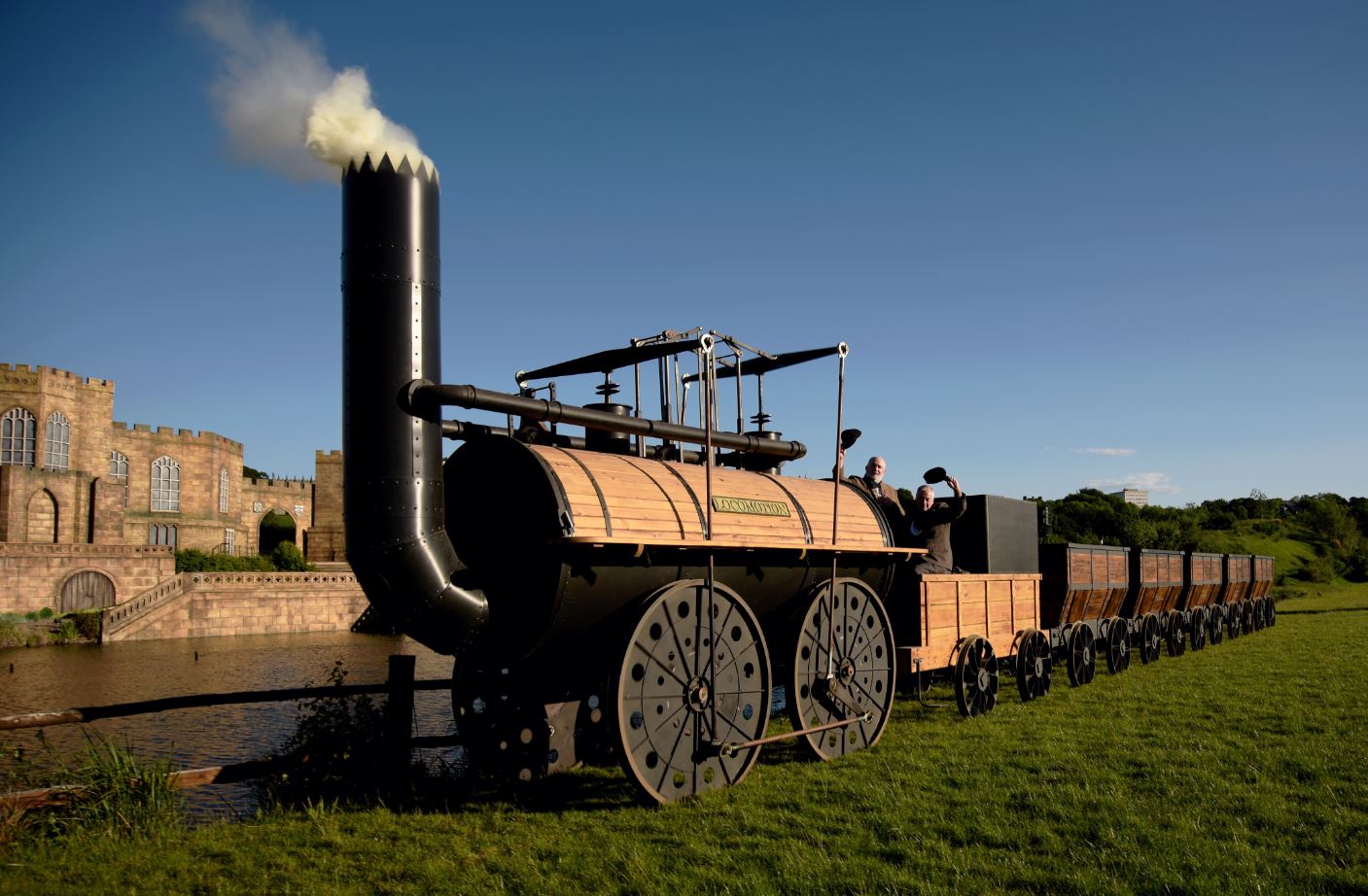 A replica of the world’s first passenger steam locomotive is being put through its paces prior to the premiere of the UK’s biggest outdoor theatre production in County Durham later this month.

Part of the performance recreates the momentous first journey taken by the steam engine, known as Locomotion No.1 and designed by Robert Stephenson and his father George, on the nearby Stockton to Darlington railway on 25th September 1825.

The Kynren locomotive, which has been scaled from original drawings, was built using aluminium and took more than 2,000 man hours to complete.

In the run-up to the premiere and all the performances, Kynren’s technical team carry out a series of checks on all technical aspects of the production to ensure everything runs smoothly for the live shows.

As well as Locomotion No.1’s maiden journey, the show also features a full-size castle which rises out of the ground using hydraulics, pyrotechnics, special effects and complex light and sound programmes.

Kynren magically transports audiences back through time on a stunning journey through 2,000 years of English history and legend; from Boudicca and King Arthur to Queen Elizabeth I and the English Civil War on to Queen Victoria’s Diamond Jubilee and both World Wars.

New additions for this year’s show include a Viking longship burial on the water, with live Vikings on board, the kidnapping of a fisherwoman and lots of dramatic fiery effects and explosions.

For the first time audiences will also be able to wander through an authentic recreation of a Viking village before the show which includes a cookhouse complete with vegetable patch, a woodworker’s cottage built into the hillside and a working blacksmith’s forge.