Vikings No Match For Veterans 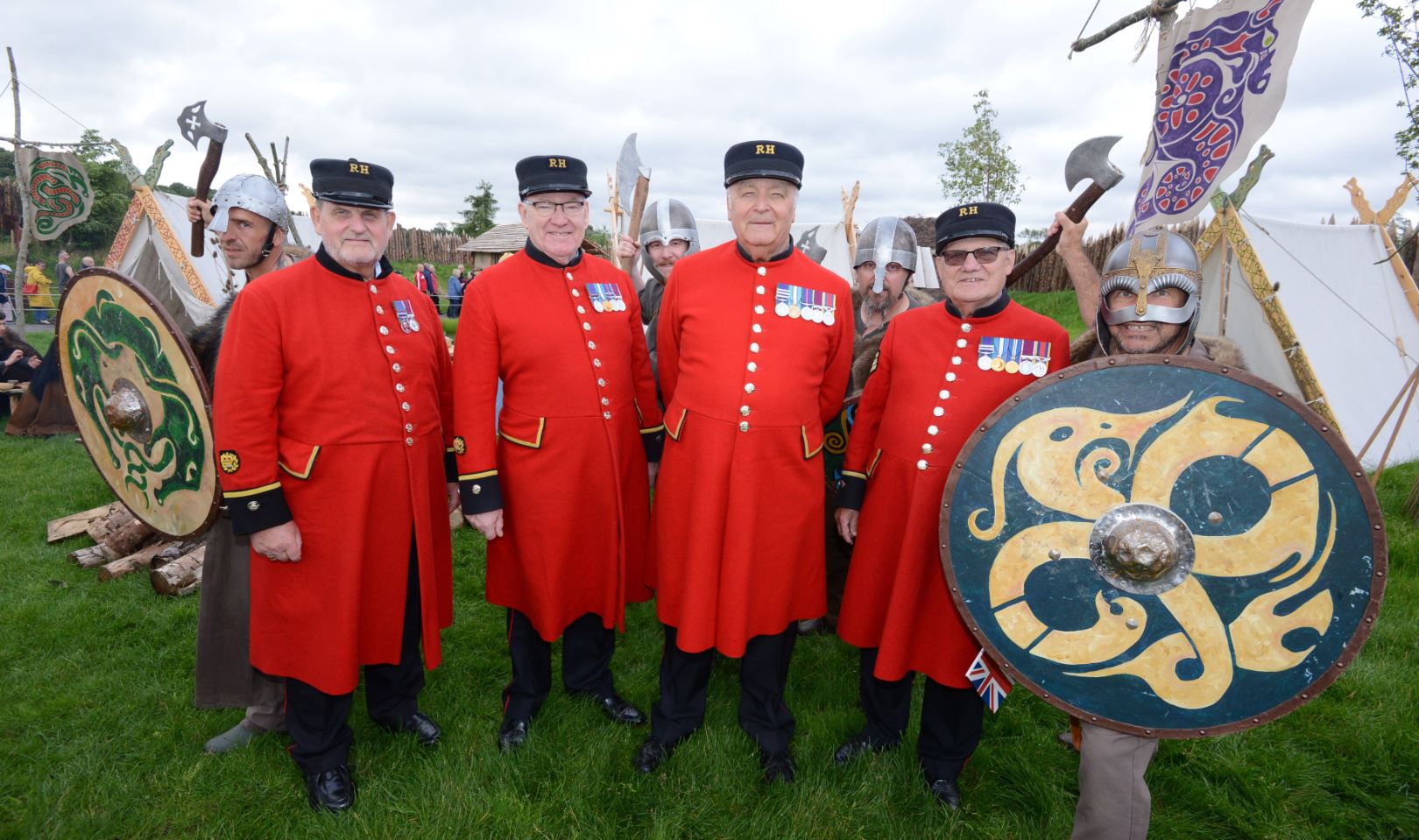 A group of Chelsea Pensioners proved to be more than a match for the Viking hordes when they were special VIP guests at a performance of Kynren – An epic tale of England at the weekend.

The four veterans, all former soldiers were an unexpected highlight for visitors to the award-winning, live outdoor show at Bishop Auckland.

Those who attended the show were Rick Graham, Terry Conlan, Peter Henry and Fred Boomer-Hawkins.

“What a wonderful exciting spectacular show.  Not only entertaining but educational too.  The Volunteers are so enthusiastic and friendly a real credit to Bishop Auckland and the County of Durham” said Peter Henry In-Pensioner Royal Hospital Chelsea.

“The audience absolutely loved meeting the Chelsea Pensioners; they were mobbed both before and after the show and treated like superstars – which is just what they deserve,” said Kynren’s Head of Sales & Marketing Amanda Baxter.

“Our Vikings also loved having the chance to spend time with them and they readily admitted they were no match for the old soldiers!” she added.

All four of the veterans now live at the Royal Hospital Chelsea, a retirement and nursing home for around 300 former members of the British Army, in London, some of whom fought with the Durham Light Infantry.

County Durham had a Light Infantry which was formed in 1881 and fought in every major battle of the Great War. Some 13,000 Durhams died on the battlefields, with thousands more wounded, gassed or taken prisoner.

During WWII, the DLI fought with distinction in every theatre of the War - from Dunkirk in 1940, to North Africa, Malta, Sicily, Italy, Burma and in Europe from D-Day to the final defeat of Nazi Germany in 1945.

After the war they fought as part of the UN forces in Korea, served in Cyprus and were based in Berlin in 1961, when the Berlin Wall was built. In 1966, the Durhams fought their last campaign in Borneo and in 1968 joined three other county light infantry regiments to form The Light Infantry.