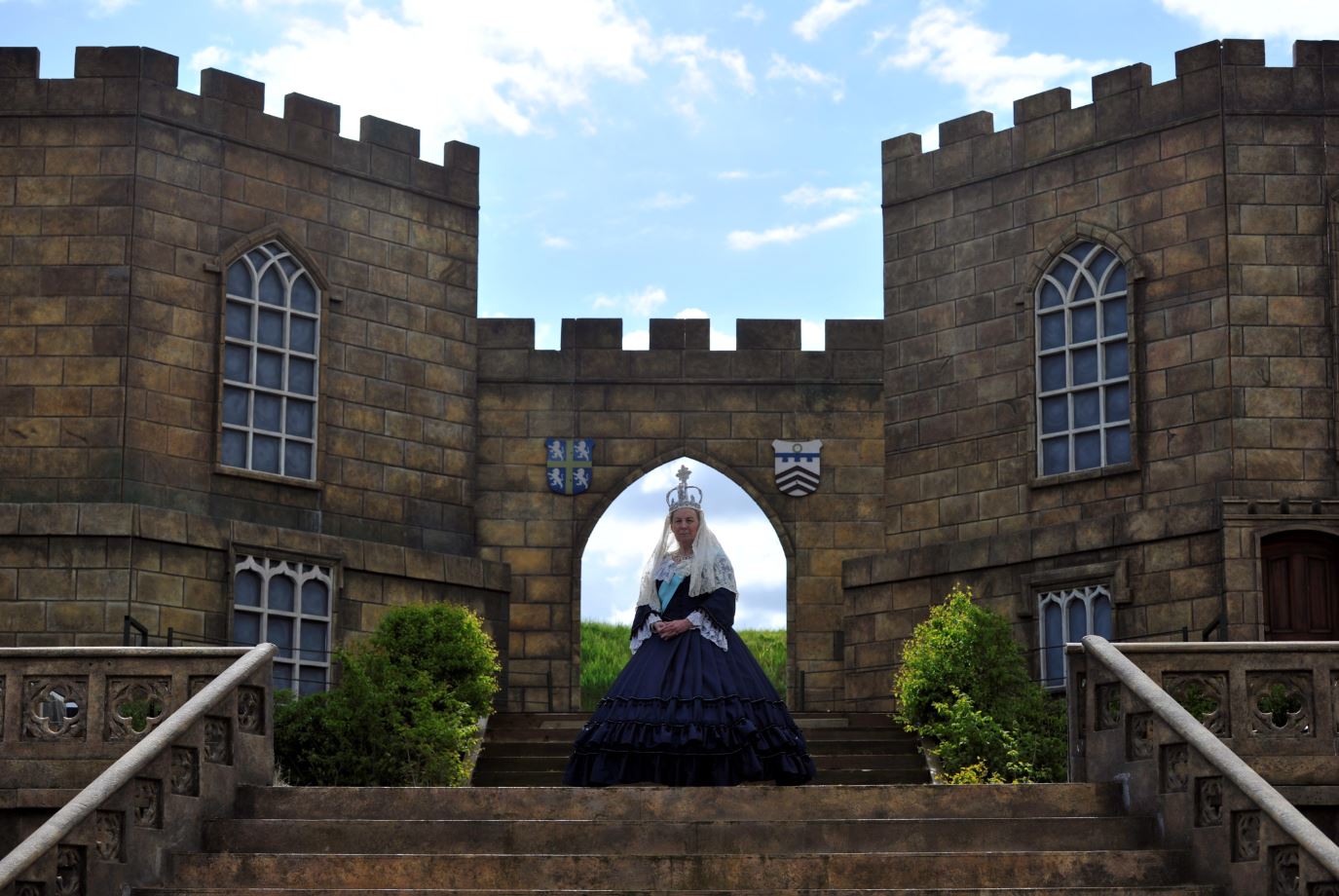 Kynren’s own version of Queen Victoria is joining the celebrations to mark her 200th birthday on Friday.

Jean Robson, from Bishop Auckland, is one of Kynren’s cast members who has played the role of Queen Victoria since ‘Kynren – an epic tale of England’ was first performed back in 2016.

Jean, who is also the oldest member of the Kynren cast, took time off from final costume fittings for this year’s show to briefly reprise her role on the epic outdoor stage and mark the ‘monarch of Europe’s’ birthday.

In the spectacular live show, which charts 2,000 turbulent, celebratory and dramatic years of English history, Jean is the centrepiece of a vibrant and colourful recreation of Victoria’s Diamond Jubilee.

“I may only be one of a dozen or so kings and queens which appear throughout the performance but I like to think the audiences have a particular soft spot for her,” she said.

“The reaction I get when I appear for the first time in that wonderful open carriage, complete with footmen and pulled by six beautiful horses is amazing and I love playing the role of such a famous and influential female historical figure,” she added.

Queen Victoria celebrated her Diamond Jubilee in 1897 with delegations coming from every corner of the globe to mark the monarch’s 60 years on the throne.

At the time the British Empire covered more than a quarter of the world’s population and over 14 million square miles of territory.