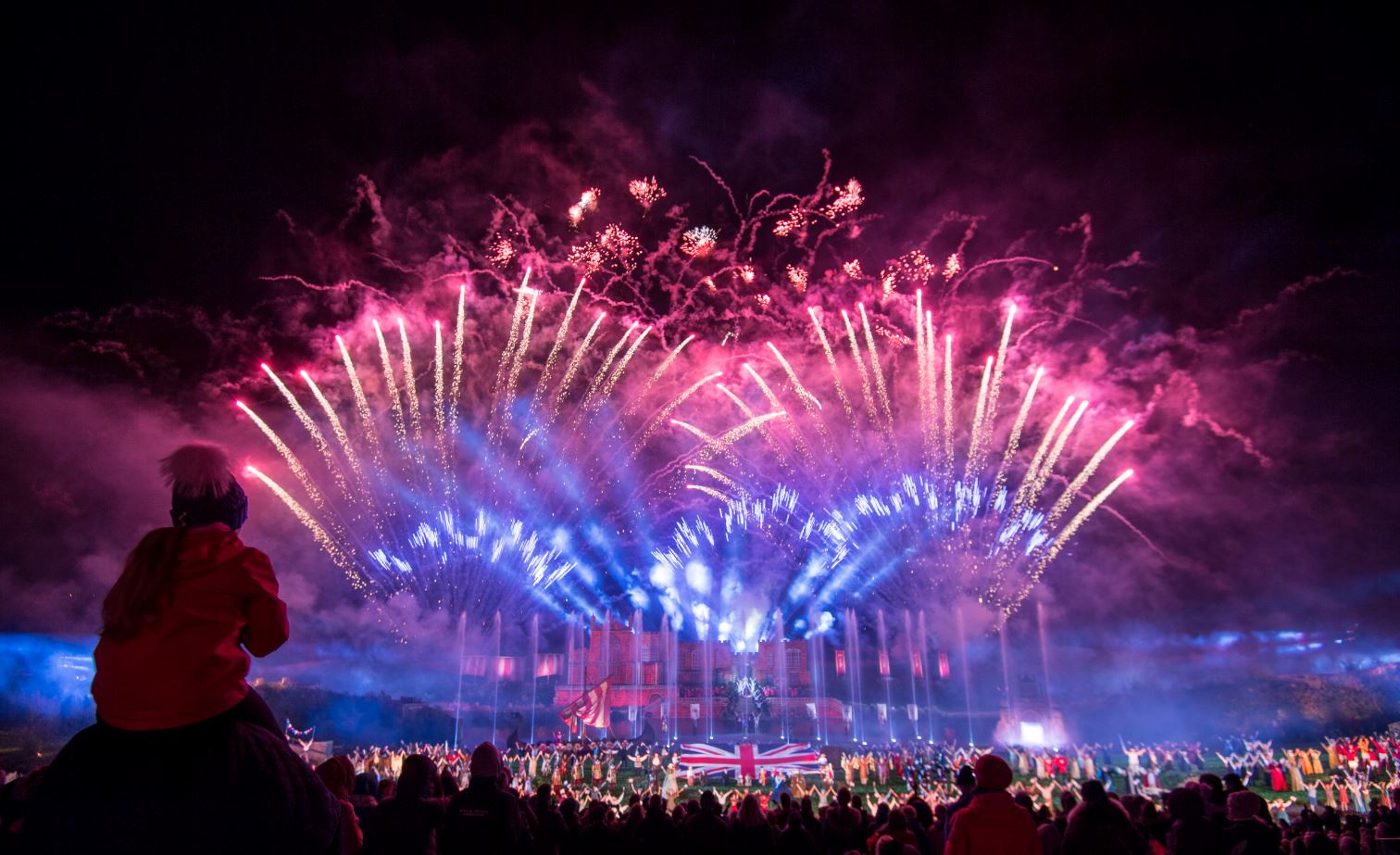 Everyone’s dad is epic and what better to celebrate Father’s Day on Sunday 16th June, than with tickets to watch Kynren – an Epic Tale of England, the UK’s biggest outdoor live theatre event.

Performed by a 1,000-strong cast and crew on a 7.5-acre outdoor stage at Bishop Auckland, County Durham, see legends come to life in a thrilling tale told on an epic scale - 2,000 years in the making.

Watch Boudicca’s courageous but doomed uprising against the Romans and the clash of Viking and Anglo Saxon leaders at the battle of Stamford Bridge.

Experience the excitement of daring jousting knights on horseback charging at full speed, for the entertainment and merriment of Bishop Bek, the Prince Bishop of Durham, and his colourful entourage.

Witness the future King Arthur’s magical encounter with the Lady of the lake and as he draws the sword Excalibur from the stone.

Step aboard Queen Elizabeth I’s royal barge as she invites Shakespeare to introduce some of his most famous characters, trace the bloody outcome of England’s Civil War and follow King Charles’ final journey to the executioner’s block.

Join in the lavish celebrations of Queen Victoria’s Diamond Jubilee and travel with the brave soldiers to the battlefields of the continent during both World Wars.

New for 2019 is ‘Year of the Viking – Thrilling new additions include a Viking longship burial on the water, with live Vikings on board, the kidnapping of a fisherwoman and lots of dramatic fiery effects and explosions.

For the first time audiences will also be able to wander through an authentic recreation of a Viking village before the show which includes a cookhouse complete with vegetable patch, a woodworker’s cottage built into the hillside and a working blacksmith’s forge producing real chainmail.

Other pre-show attractions include the Georgian Animal Croft - where you can meet Kynren’s cast of animal actors, the Food Village featuring local, high quality suppliers and a new 1940’s Bar with a street party vibe. The attractions open up three-and-a-half hours before the show begins (three hours before in September).